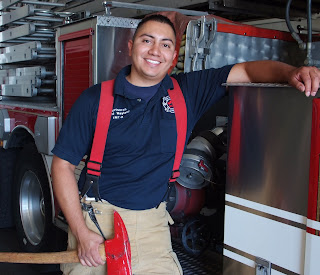 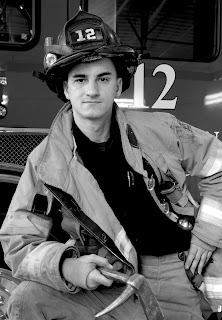 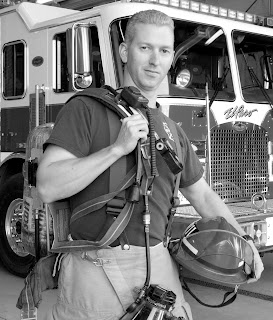 McWatters is assigned to Station 11 in El Paso. When his photos were available for viewing, he notified his parents. In turn, his mother forwarded the link to over 40 of David's relatives in Australia.
I could see how pleased he was that his family back home was proud of him.
Robinson works out of Station 43 in Irvine, California in the Orange County Fire Authority. He's one of the newest members of the C Shift. I doubt he expected the other members were preparing to drop a bucket of water on him.
But I did.
©2011 Laura Yanes No comments: